Events in the last couple of weeks or so, in the US, have moved almost too fast for me to talk about them. The dire situation doesn’t need stating right now – least of all by me, a British woman who’s not on the receiving end of any of it personally. But I know people who are, and many of them are terrified.

Amid the chaos and bloodshed, one of the latest steaming dumps to emanate from the nether regions of Washington DC is the suggestion that the law should be tweaked to deny the existence of trans and non-binary people. US citizens, it says, should be defined solely and always by the M or F on their birth certificate, even if that doesn’t correspond to the gender they are now. And that can only be changed subject to genetic testing. If you have an XX, you’re a girl; XY, you’re a boy. End of.

I sometimes tell people that I became a proper feminist at art college. In the library, poring through Gray’s Anatomy – that brick of a book beloved of medical students and life drawing classes – I came across the development of the genitalia. Here comes the science bit: Basically, every embryo, a couple of months into the process of becoming human, has at its back end a little opening, and above it, a little bump – which can become, respectively, a vaginal opening and a clitoris, or (closed over) a scrotum and a penis. Internally, it has two sets of tubes, one of which might become sperm ducts, the other which might join up to become a uterus.

Seeing that, it suddenly struck me how you couldn’t say women were inferior to men, or even substantially different from them – not if our bits came from the same source. Right? (Finding Monica Sjöo and Barbara Mor’s The Great Cosmic Mother in the same library helped too.)

What I didn’t realise back then is that you can also end up with various ‘in-between’ anatomical states. And hormonal states. You can be a chimera, made of two separate cell lines with different sex chromosomes. You can be born with genitals that don’t look completely ‘male’ or ‘female’. You can have glands that are part ovary and part testis. You can have a genetic quirk that gives you an X and a Y, but also makes you insensitive to male hormones. You can have an enzyme deficiency that means you go through childhood looking like a girl…until you hit puberty, when you suddenly grow a penis.

And then there are brains, and personalities, and the fact – which no reputable medical person now disputes – that there are people in this world who, while born with the bodies our culture attributes to one gender, actually feel and know themselves to be another. Or who feel they have traits of male and female. Or who don’t feel they belong to any particular gender at all.

I may not be the best person to talk about this. This Magpie has always known she was a hen bird, so to speak. I was assigned female at birth, and have never questioned that I was female. I have questioned a lot of the baggage attached to being female. I did get accused of ‘not being a proper girl’ because I didn’t have a ‘feminine’ obsession with appearance and grooming. But I never felt I wasn’t a girl.

Yeah, gender roles are a bunch of crap even for cis people. But trans and non-binary people have it way, way worse. I try to imagine what it would be like if I’d been told, from my earliest years, that I was, in fact, a boy, despite what I knew to be true. If I’d been called by a boy’s name, forbidden from doing ‘girls’ things’, punished for insisting I was a girl. If you imagine that happening to you, week after week, year after year…you may be able to picture a little of how trans people end up feeling. But they’re the ones who’ve actually lived this.

Most of the anti-trans people say that their stance has something to do with ‘God’. ‘God created Adam and Eve, not Adam and Steve!’ has been their cry during the whole gay marriage debate. Now, it’s ‘Male and female he created them!’ 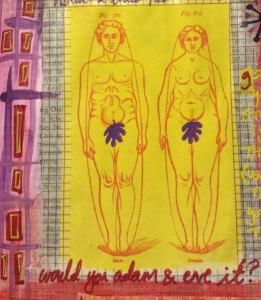 Someone has been posting a meme around the web pointing out that while God created pairs of apparent ‘opposites’, he also created the in-between states. Day and night, but also the glory of dawn and sunset. Land and sea, but also the beauty of coastlines. Male and female…but also a wide range of people who don’t fall into either category, and whom we should appreciate as divine creations in the same way.

Fair point. The creative Power of the universe doesn’t do stark opposites; most things in existence come in ranges of variation. But we humans do like categories – and while they do in some cases help us make sense of the world, we often use them a bit too much for our own good. We tend to regard things that are ‘neither one thing nor t’other’, liminal, as either sacred or suspicious. Dawn and dusk, and the turning-points of the seasons, are the times for supernatural shenanigans. People at in-between stages of life are either holy or taboo. And while ‘two-spirit’ people were sacred in many cultures, they were condemned in the mainstream Judaeo-Christian tradition, the one still most influential on our secular laws.

There’s something else going on with gender in our society. Patriarchy insists that men are superior to women. And to preserve any hierarchy, you have to forbid or exclude people who blur the boundaries. If you believe that women exist solely to bear children for men and to serve their needs, where do you put a woman who loves other women, or a woman who wasn’t born with a uterus, or someone who doesn’t think of themselves as male or female at all?

Answer: you don’t. And these people would indeed rather trans and non-binary (and gay, and bi) people didn’t exist. So much so, that they’re started the ball rolling to have their non-existence enshrined in law.

There’s the Greek story of Tiresias, the seer who struck the serpents of Hera and became a woman, then after some years was returned to a male form, and who was punished by Zeus for daring to state that women’s sexual pleasure was greater: Trans people can give us insights into how false notions of gender have negative effects on all of us.

There’s the Buddhist bodhisattva, or deity, Avalokiteśvara, who’s a male in Tibetan imagery, but whose cult travelled to China, where she manifested as the beloved goddess, Kuan Yin: Compassion and wisdom have no gender.

There’s the Norse myth in which the trickster god, Loki, turned himself into a mare, and in that form mated with a stallion, became pregnant, and gave birth to Sleipnir, the eight-legged horse who became the steed of Odin: Birth and parenting can happen in unconventional and unexpected ways.

There’s the Japanese transgender deity Ishikore-dome, who held up a mirror to transfix Amaterasu, the sun goddess, when she was finally lured out of her cave: People who defy gender stereotypes may force us to confront our own previously unknown selves.

And even in Eden…in Jewish tradition, there’s a rabbinical teaching that ‘Male and female he created them’ means exactly that – male and female, that G-d created one original, dual-sexed being, before later dividing them into separate male and female humans: We are all part of a common humanity that comes in a spectrum of different forms.

Of course, those are still old stories, and we need brand new ones. And those need to be created by the people who know, on every level, what it means to not fit neatly into society’s gender stereotypes – by trans and non-binary people themselves. 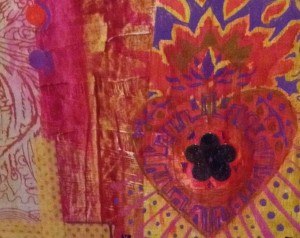 But that can’t happen unless we work for everyone’s right to exist. Unless we all fight to protect everyone, of every gender, sexuality, race, creed, ability, you name it – which takes real-world action. And I, for one, support, and will speak out for, those who are creating those stories, with their lives and bodies; not just for the sake of the stories, but for the people themselves.

Here, to finish, is a piece from the late, great Angela Morley. She transitioned back in the days when being an out trans person in the UK was extremely rare. And she was also a damn good composer of music for the movies; she worked with John Williams as an arranger on Star Wars – and given that she specialised in woodwind, she was almost certainly the main brain behind the Mos Eisley Cantina theme. But this is one of my favourite pieces from Watership Down. May everyone be free to be and become who they truly are.