Oh, hell, yes, I am going to get political tonight. Because the creative is spiritual is political is personal, and it all intertwines, and right now I can’t not be political.

Unless you’ve been on Mars for the last year or so, you can’t have failed to notice that there’s a presidential election coming up in the USA. Elections are sometimes not pretty things, politics being what it is, and this one in particular seems to be festering its way to a head like a nasty boil, largely thanks to the dealings of a certain….gentleman (I use the term extremely loosely, you understand) who, as Republican candidate, seems to surpass his own bombast, childishness, evasion and downright vileness with every passing week.

I won’t name him. You all know who I’m talking about. He’s one of those people for whom any publicity is good publicity, who’s capable of twisting any reference to himself into what he thinks is a compliment. I’ve known people like this in the past, and you cannot win against them unless you simply refuse to play their game – and ideally, keep your distance. Unfortunately, when they go into politics, it’s hard for people to avoid them. And when they go into politics at this level, even those of us who remain safely thousands of miles away ignore them at our peril.

I shall refer to him, seasonally, as the Great Pumpkin – for while your mileage may vary, I regard the pumpkin as a vexing vegetable: useful for scaring people, but it’s hard to know what to do with it afterwards because behind the illuminated smirk it’s hollow, insipid, and hard to stomach unless you add a lot of sweetening, and our subject is somewhat similar. (Mr Magpie chipped in to suggest that ‘Old Scrat’s Testicles’ would be a good alternative nickname, but one, this is an insult to the Devil, who has his uses, and two, if I ever take up home brewing it would be an excellent name for a real ale, so I’d hate to waste it.)

I won’t quote, or link to anything he’s said. Too many people have been triggered by it already, and I wouldn’t want to add to that. But it’s been sadly, yet one more manifestation of the general scourge of the world: the insistent, loud, brutal, crushing response of the rich, white, privileged male against any small request by the people he’s been oppressing for millennia – poor people, people of color, LGBTQ people, people with differing physical or mental abilities, and always, always women – for even a crumb of the rights and freedoms he’s been denying them. 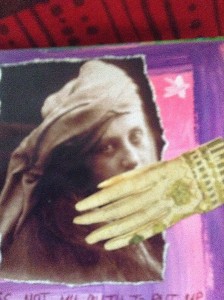 Some call it patriarchy. Some call it toxic masculinity. I like the phrase the late Colin Wilson used (building on a concept first mentioned by A.E. Van Vogt) – the Right Man, that particular kind of dominant male (and occasionally, female, but less often because we live in a world where men, not women, have been encouraged in this kind of thinking) who cannot and will not accept any opposition, negotiation, compromise…because he is Right. There’s undoubtedly some overlap between this sort of personality and the actual pathology that is narcissistic personality disorder (although it’s usually a bad idea to try and diagnose anyone’s mental issues from a distance – you cast an eye over the symptoms and judge for yourself).

But whatever you call it, it’s very bad news for those of us who are not Right Men, and not their adoring worshippers, who come into contact with it. These are the people who conquer countries and peoples; who send whole races into slavery or to gulags or gas chambers; who demand the disenfranchisement of those who might oppose them (I wish I was making this up); who make laws, and set up religions, that make people whose bodies or desires or lives don’t match theirs ‘lesser’. Less deserving. Less worthy. Less human.

It’s easy to despair of the world when you see stuff like this happening, still, when the human race has had long enough to know how poisonous this attitude is. But despair isn’t the answer.

It’s been said that depression is anger turned inwards. The Magpie, no stranger to the Black Dog, is well aware that when you start to focus your anger on the targets it really deserves, rather than your sweet self, the clouds can start shifting in dramatic ways. That’s on the personal level – but remember I said the personal is political? It’s equally true in bigger ways.

Anger used to be seen as a deadly sin in the Christian Church. But let’s remember that Christ himself got angry enough one time to go off on one in the Temple with a horsewhip, and he had a damn good reason for it. There is such a thing as righteous rage. More than righteous – holy outrage. Sacred anger. The kind that pierces to the heart of the dirt and vileness and says: This. This is wrong. Kill it with fire. 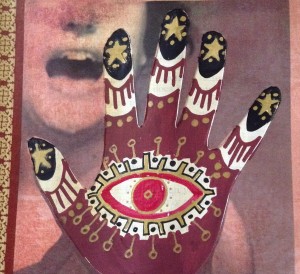 And while it’s often seen as destructive, and can be, anger can also be very creative. Anger, right now, is sending people out with banners and T-shirts and pointed, clever, scathing ways of telling the world that the Emperor has no clothes (although this article explains why descending to a bully’s own level isn’t how we want to be playing it). Anger can be shaped with paint or clay or music or words, into something more than just an emotion. Anger is rocket fuel for art, and art makes people think, and thinking’s dangerous…you never know what the riff-raff might do with it.

I leave you with that thought, and, if recent events have made you angry, with your own ideas as to what you might do with your anger. And I leave you with this blast of holy fire from Bikini Kill. Because it’s definitely time to make the Man’s stomach burn. Double dare ya….